Have you ever gone on a trip with nearly 30 kids you didn’t meet until the first day? I hadn’t until August 2016.

During my Sabbath, I was contemplating whether I would leave California as soon as my workshop ended or try to find a way to stay longer and explore more. Being the traveler that I am, I vouched for option two. So how would I accomplish that when I was already low on money? Well, I went on the low-cost road trip that I shared about in The California Experience 3 and I found a job posting for a camp job that included all food and lodging. Not to mention the opportunity to learn about Chinese culture from the people I was working for and go to some amazing places. I quickly responded to the post for the job. Had an interview via Skype and was shortly offered the job.

After the road trip, I had a couple days to move to a different (also more expensive and less populated) Airbnb, do laundry, get some things for the coming school year figured out, and be alone. The morning of the camp trip, I brought my luggage to the church I had been visiting and went to LAX to meet some of the camp group. It seemed to take them forever to get through customs.

From there, we took a bus to pick up more folks in Long Beach and finally made it out to our hotel in Carlsbad, which was within walking distance of Legoland. When we arrived, we went over the rules and protocols and did a few ice breakers so all the American staff and campers and the Chinese campers and chaperones could get to know one another.

My boss, from the beginning, was pretty transparent about our lack of staff and it didn’t take long to feel it. But we each tried our best to pull our weight. The idea for this camp was that there would be one Chinese male 8 year old to each American male roughly 8 year old and one American preteen girl for each Chinese preteen girl. This idea hadn’t panned out quite well because most of the school’s in the area began during the trip, so we had a lack of American children. Thankfully, one of our staff members lived in Joshua Tree, one of the few areas who hadn’t started school yet, and she knew just where to find prospective campers. (The library is the hotspot, pun intended, for kids since it is so hot there during the day.)

The first night, the children were fairly behaved, but that was short lived. Before I knew it, I had to discipline kids running in the lobby and hallways of the hotel.

The next morning we had breakfast at the hotel’s restaurant and it was amazing. Then we walked over to Legoland. There were so many things the kids could get involved in, but the group that I had really only wanted to construct and race lego cars. (This was a bit of a bummer for me because I’m a sucker for thrill rides, but at least I wasn’t outside sweating all day.) After lunch, the campers made their way over to the race track and the water park. We walked back to our hotel and got prepared for an action packed day. 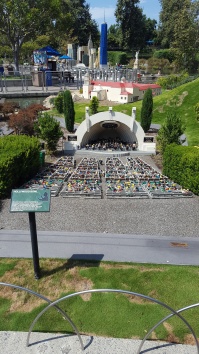 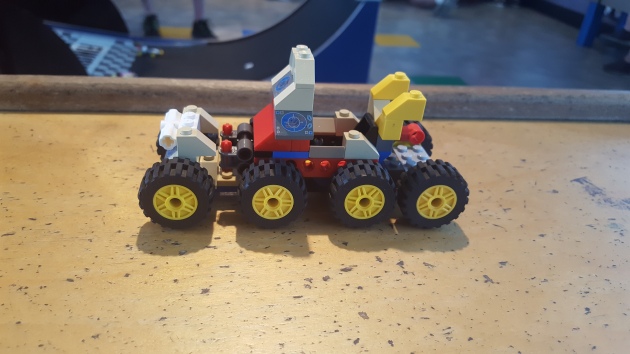 We had some pastries, boiled eggs, and cereal in our rooms and headed off to San Diego the next morning. We took a tour on the Golden Seal bus boat, ate seafood for lunch, and took a school bus to the San Diego Safari Zoo. It was nice to be done traveling for the day, until we realized that we needed to be at the San Diego Safari Park instead. Our bus driver has left so he drove back to bring us to the correct location.

Not long after arriving, we were taken on a special night tour of a portion of the park and had dinner and snacks before heading to our tents for the night. The next morning we learned about the tawny frogmouth, an owl like bird that can turn its head around 360°!

After spending ample of time at the Safari Park we were on the bus to Sea World. That night we fed electric eels, attended a Shamu show, learned about shark teeth, and spent the night in an aquarium. In the morning we ate breakfast and were able to explore the park and go to more shows. My group of campers this time were down to go on some thrill rides, so that was fun! By early evening we were on our way to our hotel for the night. There we did some laundry, ate some delicious catered Chinese food, and rested up for our next venture.

Our last official stop for the trip, and the place we spent the most time at, was Catalina Island! We bussed out from San Diego to Long Beach and took a ferry to the island. We ate all the snacks and pastries we could on the bus and on the ferry because we wouldn’t need them on the island.

At Catalina Island we did some swimming daily, snorkeling, diving, team building activities such as scavenger hunts and ropes courses, movie nights, volleyball games, language exchange times, hiking, star gazing, and more. The time there was very refreshing for the campers because it fostered some stability and consistency instead of having to transport to a new place practically every day. 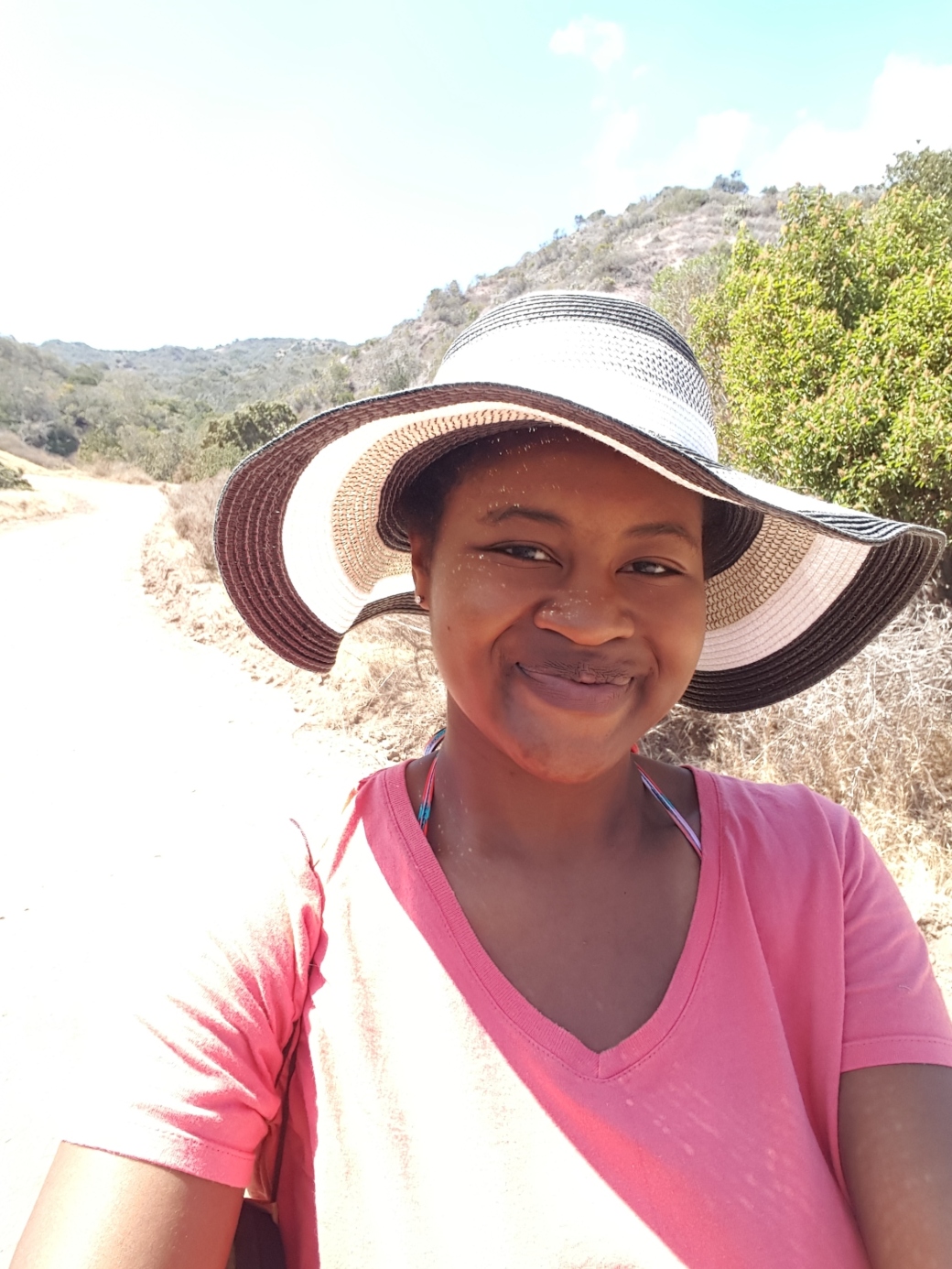 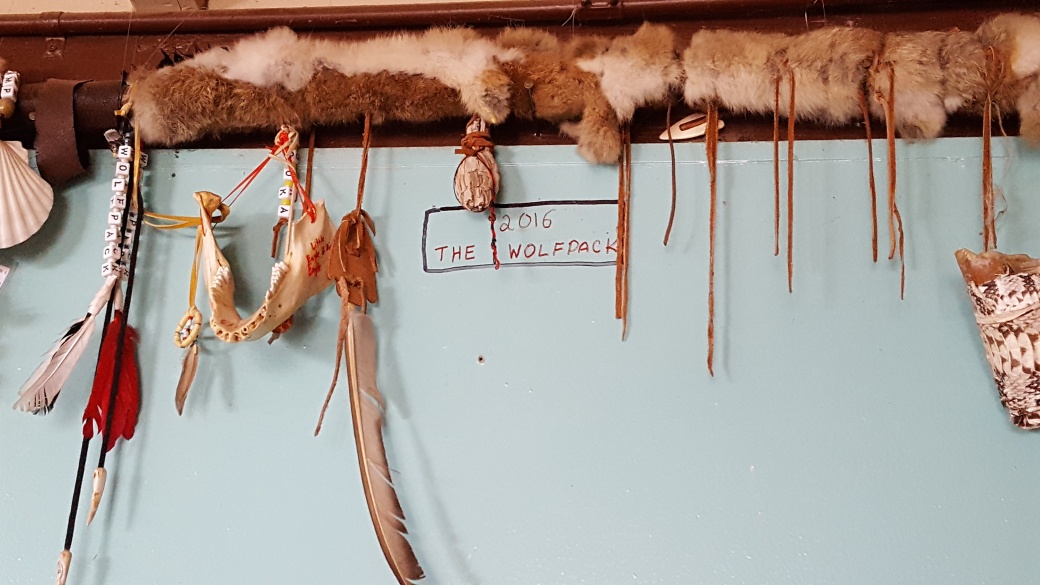 At the time of this trip and to this day, I am not very comfortable in the water and do not know how to confidently swim, but I chose to try most of these water activities anyway.

Some campers had major homesickness during this part of the trip. We didn’t run into many issues related to the island, but two were bison and yellow jackets. Protocols were given on the first day on how to respond if we encountered them, but not everyone took heed and some cases were inevitable.

#1. One girl had expressed to us that she was allergic to yellow jacket. She happened to be in my group while we were in the mountains doing a GPS hunt and she got stung on her leg by a yellow jacket. At this point she was crying and screaming and I was kind of freaking out in my head because of how serious she made things seem. My group members helped me carry her down the mountain to the nurse’s office and come to find out, she wasn’t allergic to yellow jackets, she just really really didn’t like them. Go figure. 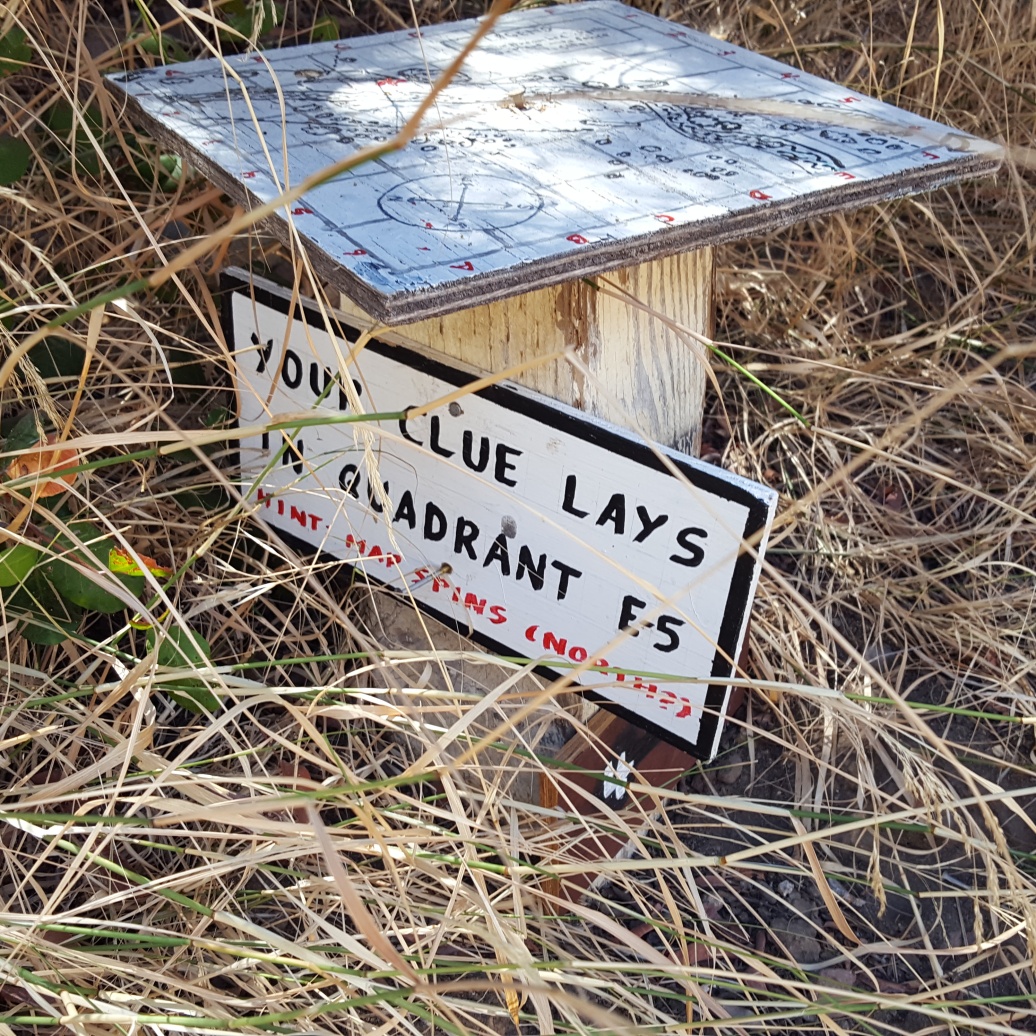 #2. A parent chaperone decided to eat her ice cream outside even though we were instructed not eat sweets outside so we don’t attract yellow jackets. Said chaperone was soon bit on her lip. (She was Chinese, but we had translators, so I couldn’t really feel bad for her.)

#3. A different parent chaperone was found in a circumstance where a bison was near the exit of the bathroom while she was in it twice in one day. It was highly suggested that we have another adult stand guard outside of the bathroom while we were inside to prevent the chance of us leaving to have a bison charge at us, but this wasn’t always the most convenient thing to do.

#4. The first day we saw the “baby” bison, but that thing was huge.

We spent roughly five days in the island culture then took the ferry back to the mainland so we could all take buses to our locations.

Once we returned to LAX, the Chinese folks made their way back to China, and I decided to spend the night in the airport. I did this because a.) all the Airbnbs I found for the night were far too expensive, not to mention taking an Uber there, b.) I had wondered what it would be like for a while, and c.) I was up for the challenge. I thankfully got some shuteye, which was surprising because I am a very light sleeper. Overall it was a decent experience.

The next day I went to the church for my luggage and a free coffee the headed back to LAX to fly out. We boarded the plane, but were instructed to get off. Our flight didn’t leave until hours later so they gave us snacks and food vouchers. (I ended up not using the vouchers until I got to New Orleans because there weren’t any vendors open in my section of LAX at the time.)

Come back to my blog next week for my main take aways from The California Experience.